Founded in 1962 as a socio-cultural organization, IAGB has played an important role in bringing the area’s Indian communities together.

In its early years, IAGB played a major role in bringing the then small Indian community together to celebrate Indian festivals and special occasions. It must be noted that its annual India Day celebration in Boston has grown into one of the largest ethnic events in the City of Boston, drawing thousands of people of all ethnicities comprising not only Indian Americans, but also the national mainstream.

IAGB is governed by an Executive Committee consisting of professionals, who speak different languages, come from different backgrounds, and are a microcosm of the unity-in- diversity that is India. IAGB thrives because of the dedication and hard work of its volunteer officers and directors and the continued enthusiastic support from the Greater Boston communities. It looks forward to continuing to work in the spirit of its mission for years to come.

In an effort to broaden our reach across the Indian-community and our society at-large, we have organized our initiatives in the following five platforms. Additionally, in order to keep our operation running, we also need constant support with fundraising, marketing and PR activities. If you have the interest, capability or availability to join us in this journey, come volunteer with us on any of the initiatives or the operational activities. Just click the VOLUNTEER button on the right to send us a message!

Create a visible presence and voice for the Indian-American community in New England. Examples of activities under this platform include:

Activate the organization's strength and resources to serve the needy in our adopted land of USA and our motherland, India. Examples of activities under this platform include:

Garner opportunities for our young adults and next generation children to get involved in various activities. Examples of activities under this platform include:

Nurture a sustainable platform to unite our seniors to share knowledge and experiences. Examples of activities under this platform include:

Organize various cultural programs to keep our Indian American community connected with the culture of our motherland, India. Examples of activities under this platform include: 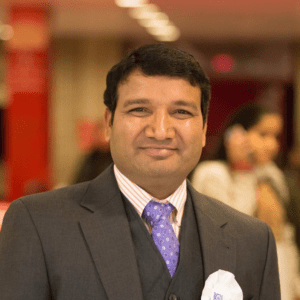 PRESIDENT
Sanjay Gowda is a senior technology professional, currently working for Verizon. He lives in Littleton with his wife and two daughters. Sanjay has been actively involved in our community and held various roles at local organizations. He loves to read, cook, travel and volunteer. Sanjay is reachable at 978-394-9090 or sanjay.gowda@iagb.org. 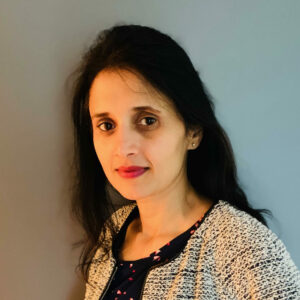 VICE PRESIDENT
Vaishali Gade’s love to serve the community landed her in the role as Vice President at IAGB. She Joined IAGB team in 2017 and before that has been working at various New England nonprofit organizations serving Indian American community. Earlier she has served as Vice President of New England Marathi Mandal and was a Marathi language teacher for 12 plus years at Shishubharti. She also served as board member of 'Anubhuti' a school in Western Maharashtra serving underprivileged kids. Dancing is her passion and she has participated in many fundraising events to benefit area charitable organizations. 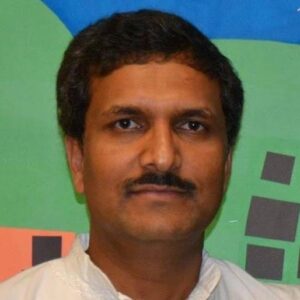 TREASURER
Veeresh Angadi has been living in New England area for over 20 years and currently lives in Nashua, NH, with his wife and two kids.Over the several years, Veeresh have been very active and volunteering in various organizations in the Indian American Community. He recently served as President of Veerashaiva Samaja of New England (VSNE), a local Chapter of VSNA (Veereshaiva Samaja of North America). Veeresh has been a member of New England Kannada Koota(NEKK) for over 20 years and served in NEKK Extended Committee and Seva Mandaara (NEKK Caritable wing).

SECRETARY
Lata rao has been a fierce advocate against domestic violence and has actively worked as a volunteer with SAHELI. The current term is her fourth term on the IAGB Executive Team. While Lata lends her helping hand in every activity organized by IAGB, she takes lead on the two mega annual cultural events - the Republic Day and India Day celebrations. On the personal front she has been an entrepreneur for over 25 years. 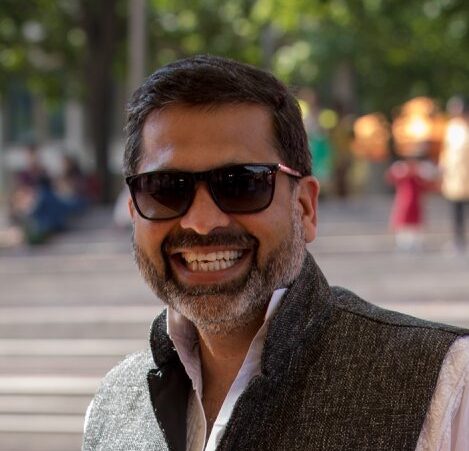 DIRECTOR
Senior Business Leader in professional life, Prag comes from a family of deep political interests and roots. This background got him involved in public sphere at a very early life and he has since followed his love and passion for public service via different means and forums. Prag’s focus in IAGB is to get Indian community more integrated and aligned towards its civic responsibilities and make IAGB a platform for all such initiatives across new England. 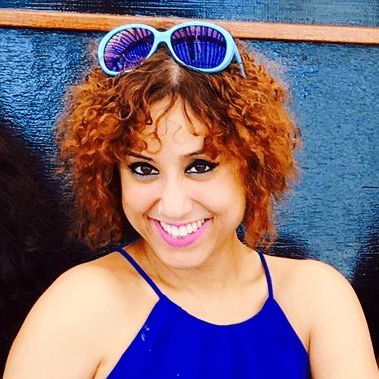 DIRECTOR
Tanu is a life-long enthusiast with a go-getter attitude. She holds degrees in English, Education and Dance - she has worn many hats – few to name would be that of a Sr. Recruiting Manager, a Public School teacher, social worker, orator, dancer and event coordinator, by virtue of which, her ultimate forte’ has been ‘people skills’. She has a passion for serving within and beyond the community through cultural, civic duties and helping people in need. Having started with IAGB in her late teens, she has served as a Director in more than 5 IAGB Executive terms in the past. Her community service ‘mantra’ for this IAGB term is to be instrumental in serving the senior community in the area and also enthuse the next generation through culture and entertainment. 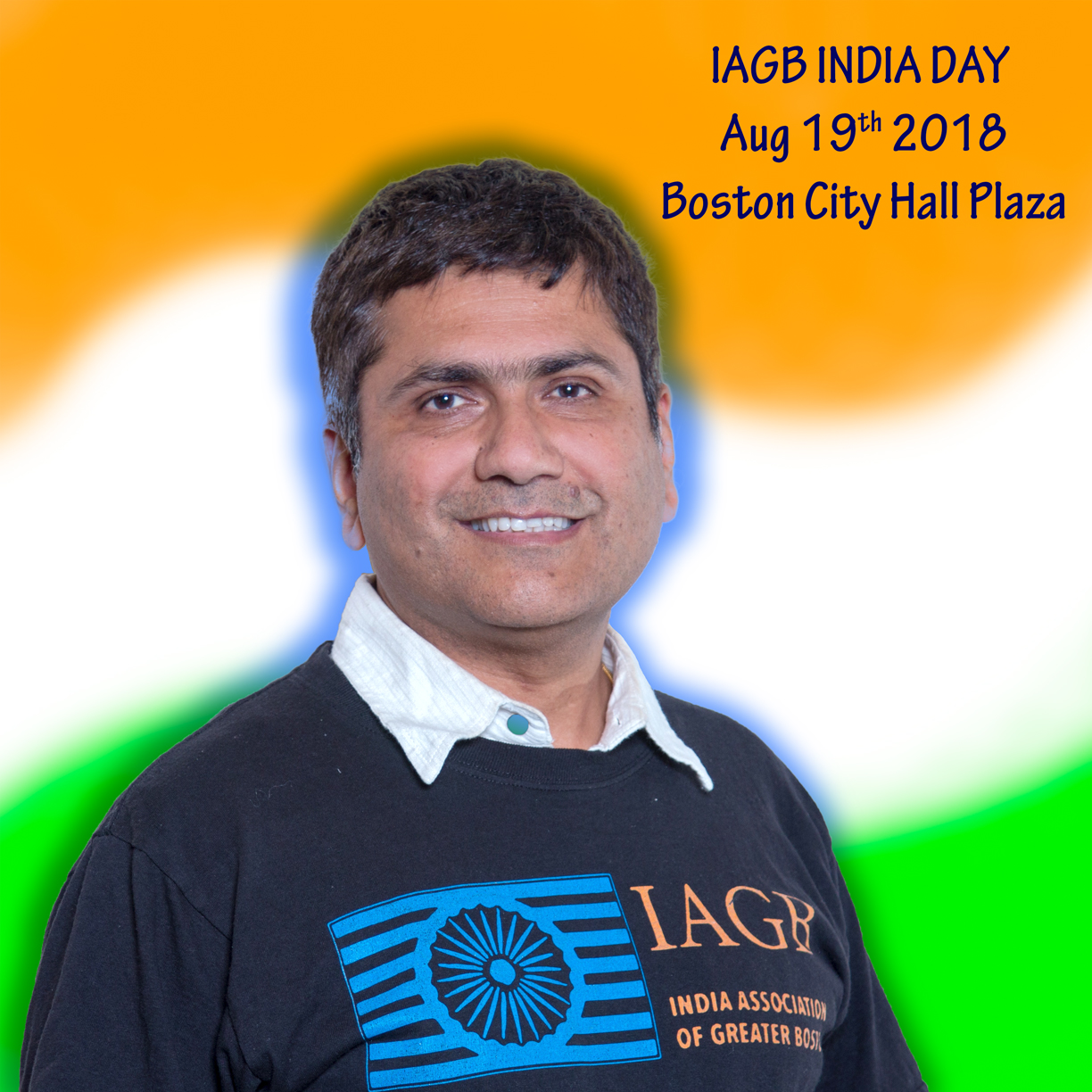 DIRECTOR
Sanjay Kudrimoti works as a Professor at Salem State University and also runs a professional photography gig. Sanjay has volunteered for many different nonprofit organizations over the years including Association for India’s Development (Portland, OR Chapter); Chinmaya Mission (Orlando); Lynnfield for Love and IAGB to name a few. More recently he has joined the Lynnfield Town Democratic Committee. Within IAGB Sanjay enjoys working as the Newsletter Editor and channeling his energies to strengthen Civic engagement by designing/implementing constructive activities/programs. 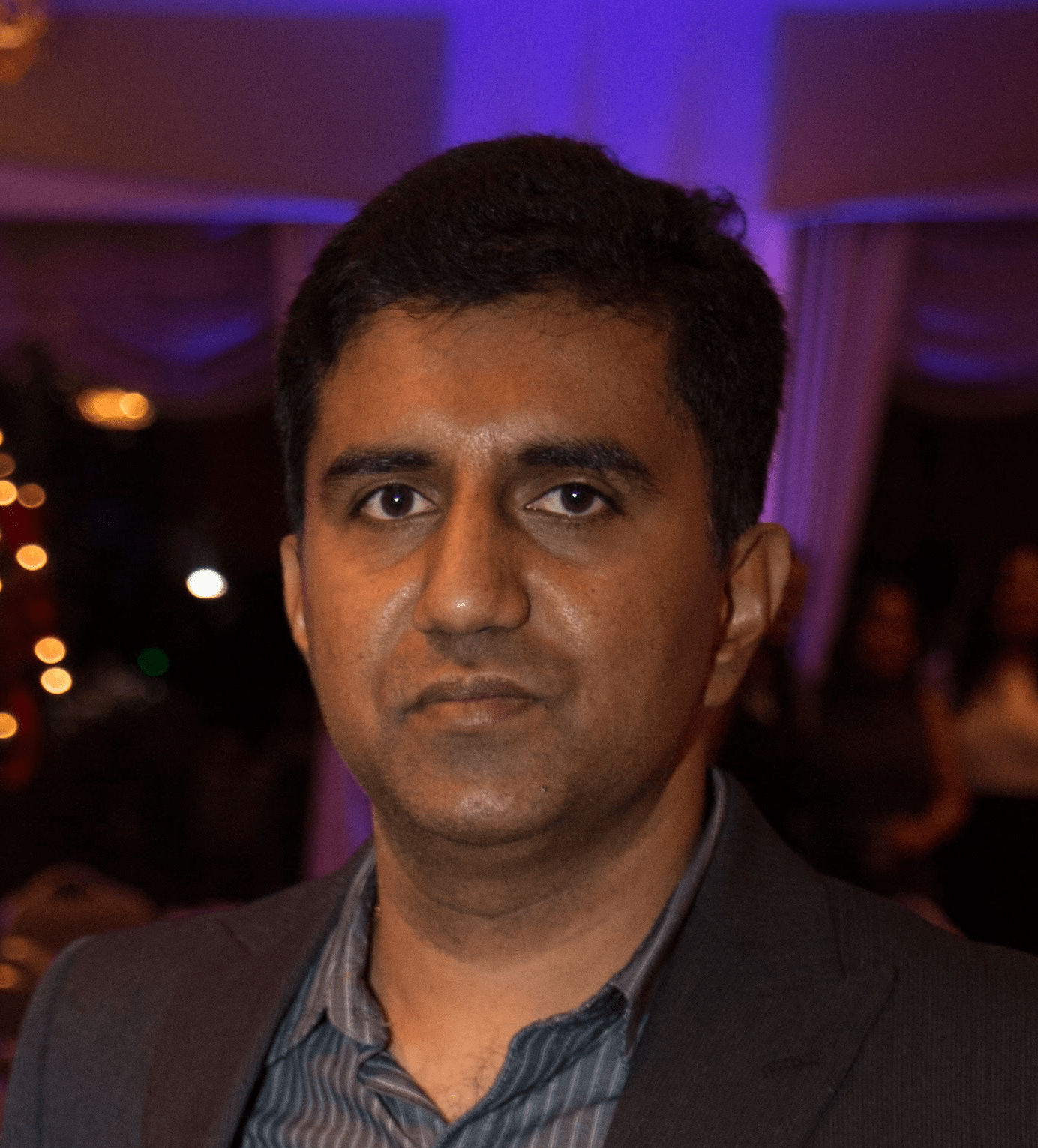 DIRECTOR
Ashok Shetty is a software professional living in New England area for over 8 years. Ashok currently lives in Andover MA, with his wife and two kids. He has been actively involved with IAGB and NEKK, a kannanda language association for several years. He believes that IAGB has a great potential in reaching out to larger Indian-American community and becoming the largest Indian Association in Greater Boston area. 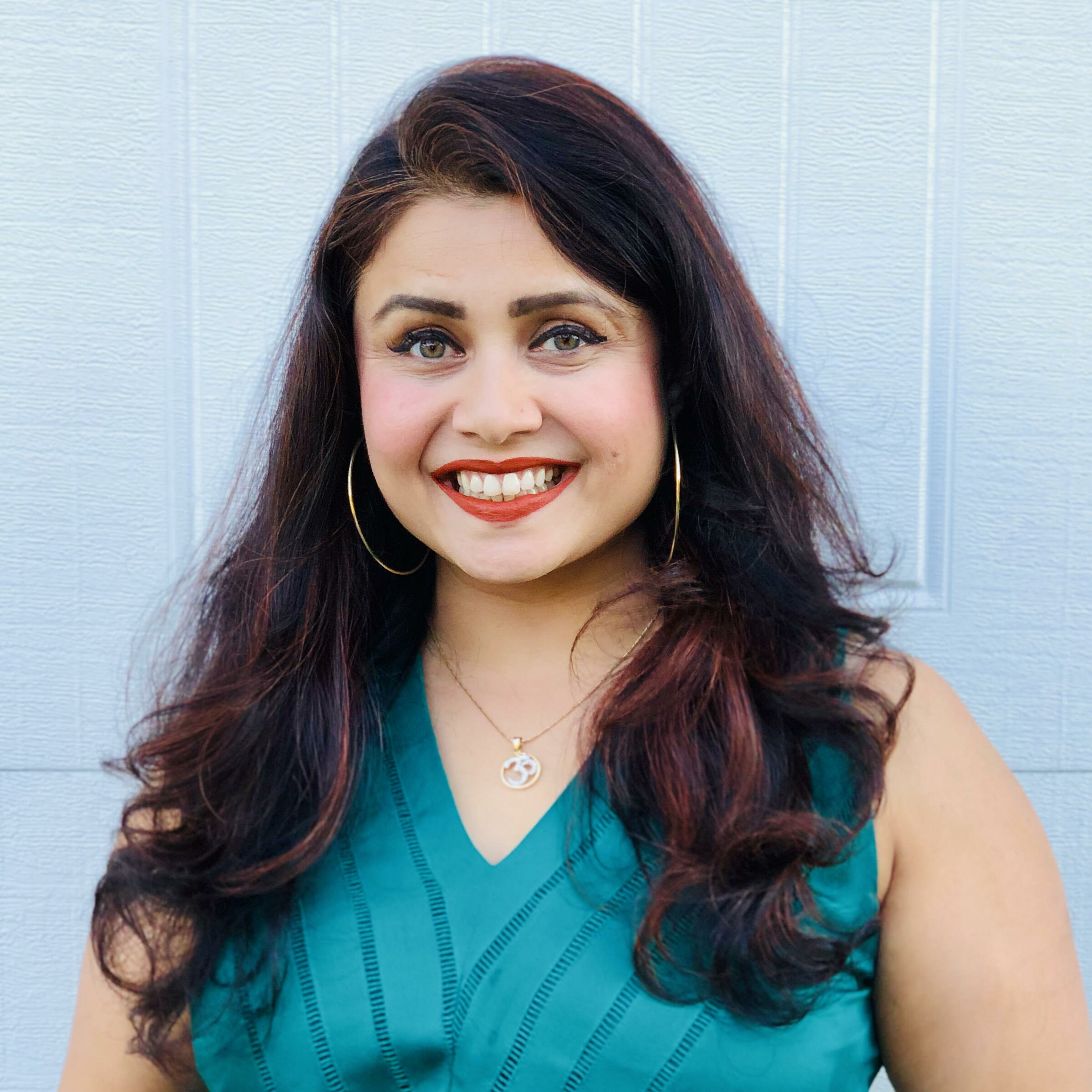 DIRECTOR
Yogita Miharia is a software engineer by profession and currently a Director at Oracle. She lives in Winchester with her husband, 2 teenage daughters and a dog. Yogita strongly believes in following one’s passion and hobbies. In her free time, she likes to act, travel, blog, volunteer and connect people in the community. She has been closely affiliated with the New England based theater group SETU, and has acted in many of their productions. She is a current board member of the Winchester High School PFA board. Yogita is passionate about connecting people and as a Director of IAGB would like to work on bringing people of Indian origin together, as one united entity. 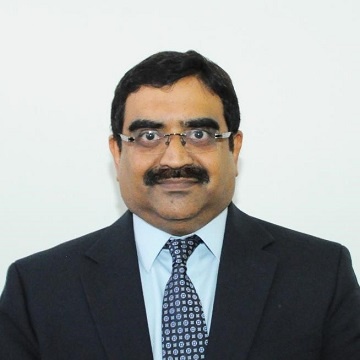 DIRECTOR
Nagendra Rao enjoys volunteering and helping several community organizations by leveraging his business skills in sales and marketing in raising awareness, doing PR, raising funds and conducting events for them. He loves music and photography and lives in Millbury, Mass with his wife and two children. 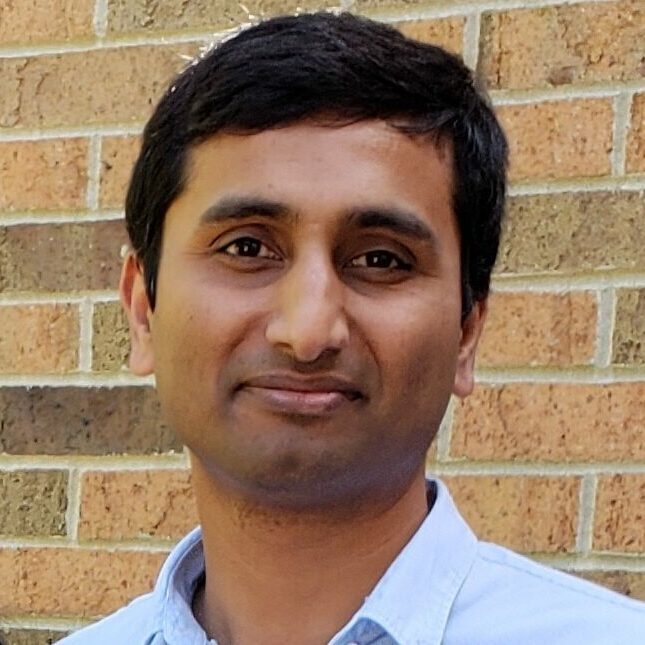 DIRECTOR
Harsha Sheshanna is from Nashua, New Hampshire where he works as a product development manager. Harsha holds a graduate degree from UMass Lowell in Computer Science. He immigrated to the US to pursue higher education from the charming town Mysuru. Harsha’s life has enriched by being part of a culturally diverse community in the greater Boston area. Harsha imagines IAGB to play a crucial role in making a difference in the civic life of the community by developing a combination of awareness, value, and motivation. He believes IAGB is uniquely positioned to serve the cross-generational needs. 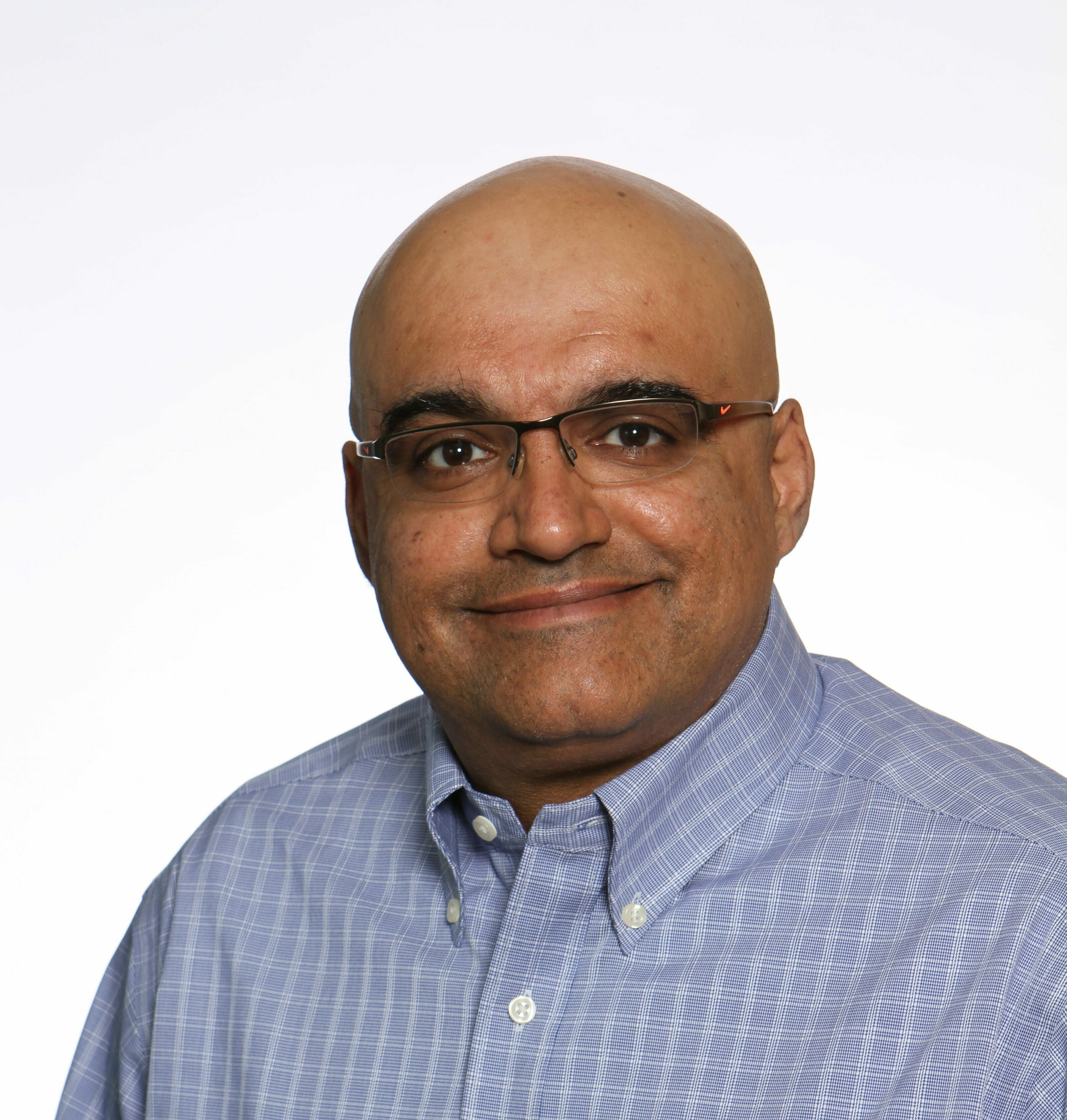 DIRECTOR
Sushil Motwani, currently lives in Andover, MA, with his wife and two daughters. He was born and brought up in Bombay (Mumbai), India and completed in Engineering in Computer Science from Bombay University in 1993 and now works in the Technology industry, Sushil loves music, especially Bollywood music and presently he is a vocalist on live music band called “Leher Boston” which does a show once-a-year to benefit the blind in India. Sushil spends a good portion of each day practicing the philosophy of "Love All Serve All, Help Ever Hurt Never". 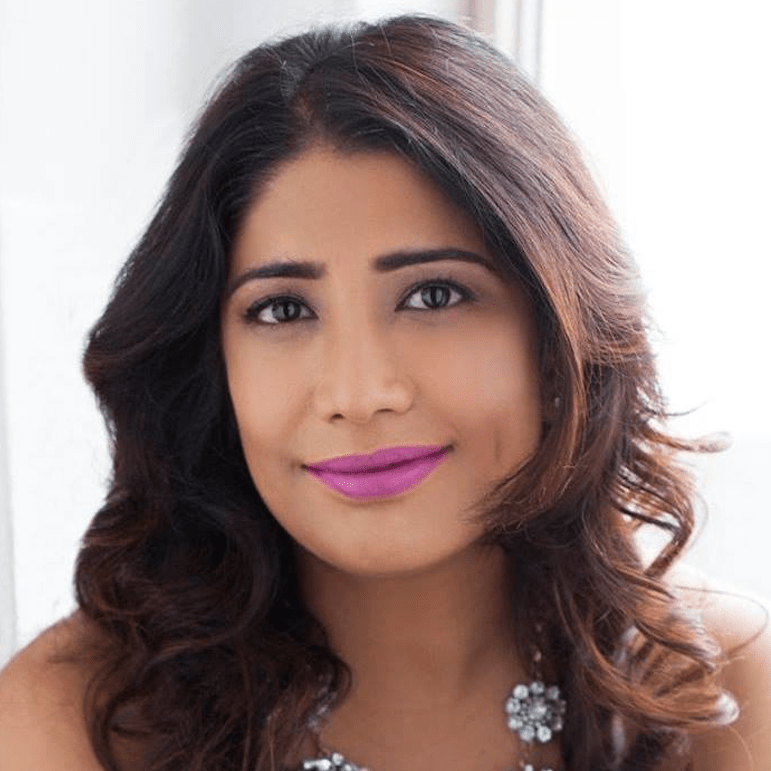 DIRECTOR
Supriya Shekar is the Founder of Plate Nextdoor, a platform that brings communities locally over global food experiences. Her company focuses on empowering women, immigrants and local talents with opportunities to share food and culture. Previously, she worked as a Molecular Biology Scientist for large corporations like Novartis and Qiagen. 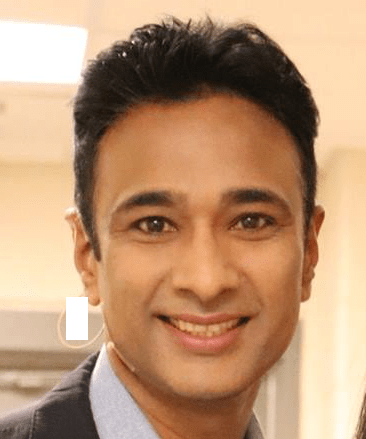 DIRECTOR
Guruprasad Samaga works in eCommerce and health services industry. Guru has always been an active member of local community and has held key positions in local community organizations. He is an avid reader and has acted in many theatrical performances. He would like to give back to the community and would like to make IAGB more relevant and attractive to next generation of Indian diaspora and drive our community members to participate actively in civic duties. 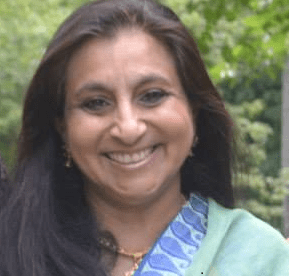 DIRECTOR
Noorain Buxamusa has over has over 20 years of experience in technology, marketing and organizational development and an alumnus of the Harvard University. She is passionate about building relationships, being with people and strives to bring change for the betterment of the ecosystem where she works and lives in. She resides in Westford, MA and has been part of the greater Boston community for over 25 years. She enjoys reading, walking, dancing, art, music and theater and is active member of SETU. At IAGB, she hopes to engage the Indian diaspora of greater Boston in building a more integrated community and in fulfilling common community objectives. 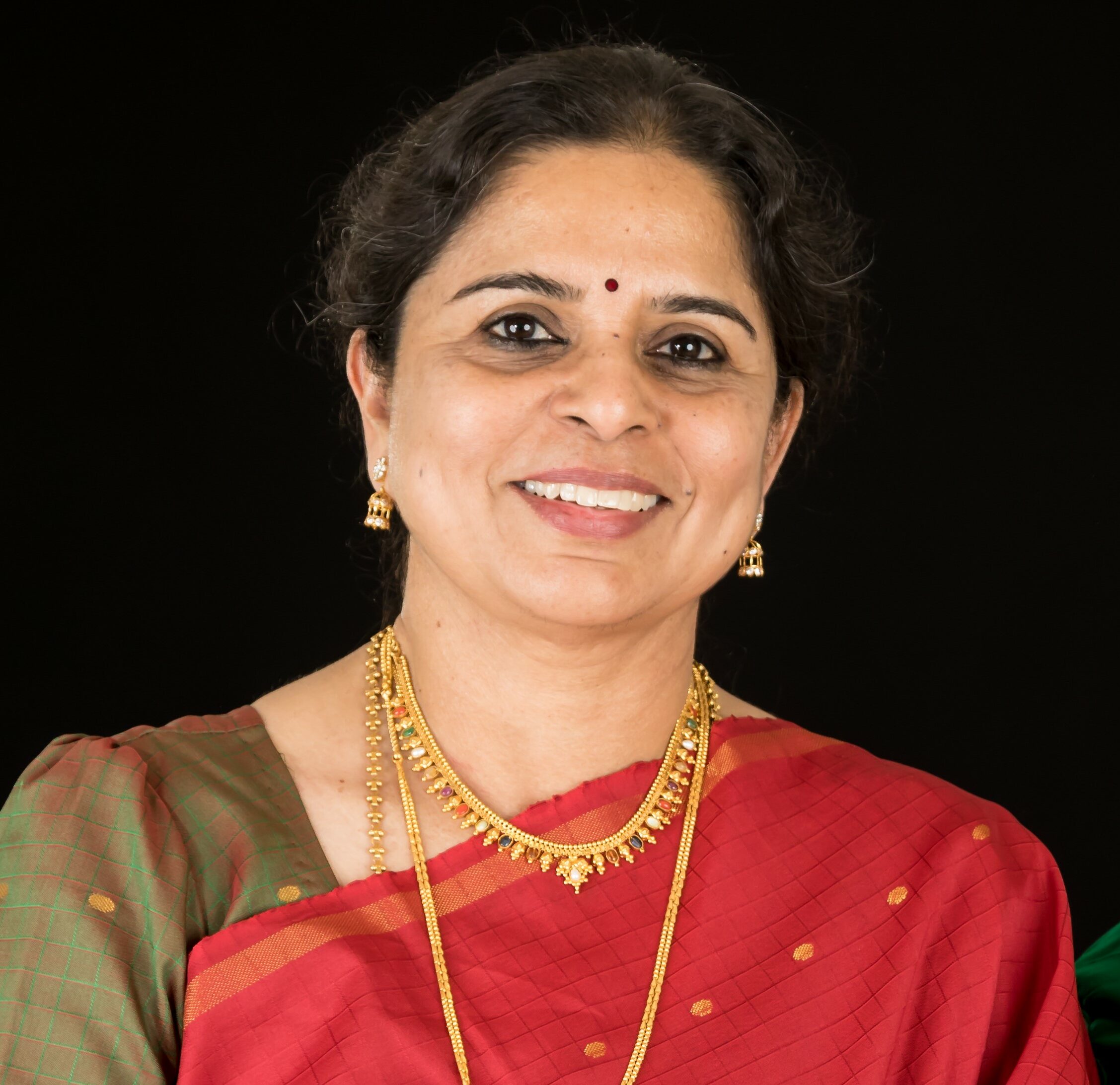 DIRECTOR
Jeyanthi Ghatraju is a Bharatanatyam dancer, choreographer and teacher from Westford, MA. She started her dance school, Natyanjali, 25 years ago with a mission to perform for charity and bringing the art form to those who cannot get to it (such as the Elderly in nursing homes). Since then, Jeyanthi and her students have performed regularly at nursing homes and raising funds for noble causes. Jeyanthi has been recognized for completing 25 years of teaching in 2019 by the House of Representatives and the State Senate recently and with 4 MA Cultural Council grants this year. Jeyanthi was recognized recently with the US Presidential Service Gold Award for recording over 500 hours of community service in 2013 and 2017. Jeyanthi served in the IAGB Executive Board and as the cultural committee chairperson from 2015- 2017.

We would love to hear from you. If you would like to volunteer for a specific initiative or activity or simply send questions or suggestions for IAGB, please complete the form below. We will be in touch as soon as possible!

Sign up to receive our email updates and monthly news letter!

Your Community, Your Organization